"Negotiations between State and Banks Too Slow, I can’t tell you the reason", - Mamuka Khazaradze 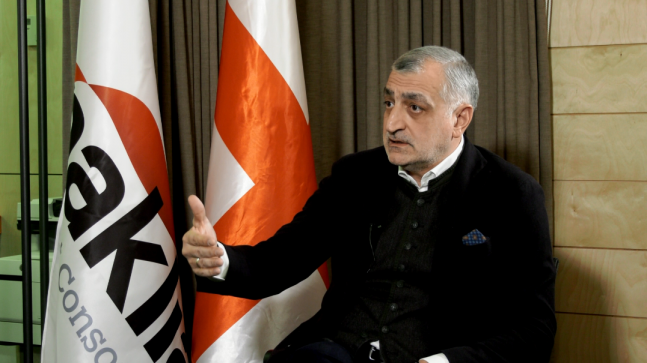 “The negotiations between the government and the banks are taking place in a very slow manner. Unfortunately, I can’t tell you the reason”, stated the founder of “Anaklia Consortium Group, Mamuka Khazaradze.

According to Khazaradze, Consortium was expecting to hold the meeting with the international financial institutions and the Ministry of Infrastructure in April, however, it did not happen so.

Khazaradze expressed his hope that the meeting will be held soon. According to him, postponement of this issue will hinder the process of presenting the financial agreements. The deadline that Consortium has for that task is June 15.

Khazaradze was also asked whether the consortium is thinking to ask about the postponement of this deadline.

“This depends on the process of negotiations between the government and the financial institutions. If the negotiations are in the active phase, then most probably Consortium will take adequate steps regarding postponement.”, stated Khazaradze.

Government of Georgia has previously confirmed that the meeting will not take place in April. On April 12, the Vice PM, Maia Tskitishvili stated that the government is ready for compromises during the negotiations with investors.