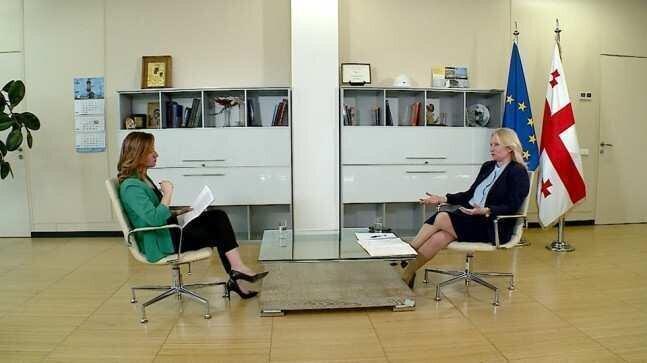 Minister of Economy and Sustainable Development of Georgia, Natia Turnava gave the interview to ‘Forbes Week’ and spoke about her plans as the minister, as well as the economic growth and the ongoing processes in this field.

Turnava stated that she will do everything in her hands in order to keep up the pace, which is expected form the government minister of Georgia. She stated
- “Our Ministry should be exemplary and serve as the driving force in this regard. I have the ambition to fulfil all goals”, stated the Minister.
Turnava also explained that different strategies have separate deadlines. According to Turnava, there will be specific people responsible for fullfiling the aims of each strategy, however she also stated that she bears responsibility for all the strategies.

Minister of Economy thinks that the major challenge for the Government of Georgia are the 800,000 people who live in poverty.

“Our society will be able to measure our efficiency with a quantitative parameter. We will do our best to reduce that number in the next three years. Renewed dynamics of our economic policy and our quick measures will show whether this will happen under 5% or 7% growth. 800,000 who live in poverty represent our main target group and we should direct economic growth to minimize their number”,- stated Turnava

She also commented on the unused reserves that the government of Georgia has. According to the Minister, state property worthing 1 billion GEL is waiting for the investors. Turnava says that the interest from the private sector is quite high.

According to Turnava, existing reserves can help to hasten the economic growth and the Ministry is ready to adapt its system to new tasks by having ‘right people on right positions with individual responsibility for each task’.

Economy Minister stated that in order to use the state property [worth 1 billion GEL] as efficiently as possible, the government of Georgia should have the kind of investment policy, which is adapted to quick growth.

"The pace of privatization will definitely increase. We are now working with the Property Management Agency to increase privatisation plans. We think that we will be able to increase the privatization plan to 100 million GEL with ease”, stated Turnava.

Economy Minister also talked about the general attitudes towards the construction of HPPs in Georgia. According to Turnava, the population often is not informed about the positive consequences that HPPs bring for the region.

“Sometimes when there is no information, it is replaced with disinformation. This disinformation might be spread unconsciously or certain groups might be benefiting from the inexistence of communication. . .The development of energy sector is in our sovereign interest”, - stated the Economy Minister.