Mogherini - 300,000 Georgian citizens have been able to travel visa-free in the Schengen area 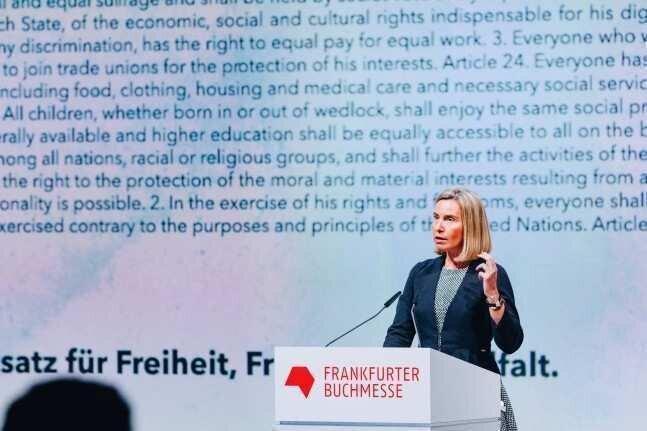 The EU Foreign Affairs and Security Policy Commission has published a report on Georgia's implementation of the Association Agreement with the European Union.

"Since March 2017, more than 300,000 Georgian citizens have been able to travel visa-free to the Schengen area for short stays", said the High Representative/Vice-President, Federica Mogherini.

According to the report signed by Federica Mogherini, Georgia has confirmed its strong commitment to political association to and economic integration with the EU. The document combines Georgia’s reforms in different areas including the migration. The EU highlites the importance of takling the issues regarding irregular migration by Georgian citizens. " there was an increase of unfounded asylum requests in a number of EU Member States",- is noted in document.

"Sustained implementation of the Visa Liberalisation Benchmarks remains an obligation for Georgia, and Georgia has taken a number of actions to continue to address the challenge of unfounded asylum applications and to increase operational cooperation with Member States most affected by irregular migration from the country. Georgia for instance introduced an amendment of the Law on Civil Acts (which restricted terms and conditions for changing the last name) in April 2018, made progress in implementing the 2016-2020 Migration Strategy and its Action Plan and engaged in awareness-raising activities. Georgia’s cooperation on readmission and return is functioning well, as concluded by the EU Member States during the June 2018 meeting of the EU-Georgia Joint Readmission Committee",- is noted by the EU.