Million-Dollar Box Conjures Up a Fortune for Bitcoin Visionary 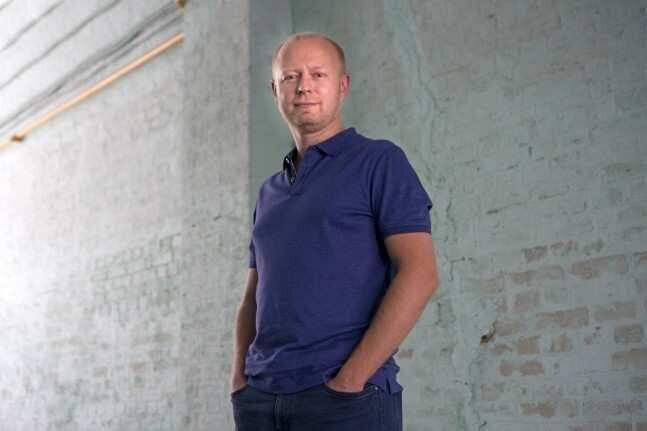 A former New York hedge-fund titan deployed his giant, million-dollar BlockBoxes to Canadian tar-sands country. A Chinese fintech pioneer runs his off of hydropower in the Caucasus. A rich Russian with ties to the Kremlin keeps his in a communist-era factory on the outskirts of Moscow.

When it comes to scaling up Bitcoin mining, nothing compares to the sea-container-sized kits that are swelling the fortunes of Bitfury Group Ltd.’s Valery Vavilov, a Soviet-born blockchain evangelist, and self-taught microchip engineer Valery Nebesny.

The startup they co-founded in Amsterdam after Nebesny designed an energy-saving chip in a Kiev kitchen has sold more than 100 BlockBoxes in the last year and a half. The units, which extract about 15 tokens a month on average, have helped Bitfury quintuple revenue for its latest 12-month period to $450 million in cash and cryptocurrency, a result Vavilov says he expects to at least double this year regardless of Bitcoin’s volatility.

“We realized our data centers needed to be mobile, to be both somewhere and anywhere,” Vavilov said in an interview in the capital of Ukraine, one of 16 countries where his 500 employees are based.

The Latvian native was referring to the two biggest hurdles to conjuring up Bitcoins—uncertainty over how governments will treat the craze and the constant hunt for cheap electricity, the main expense in solving the calculations that produce tokens. China, where the bulk of Bitcoins are produced, has cracked down on mining in part because of stresses to the national grid, whereas euro-area Estonia has toyed with creating its own cryptocurrency.

One BlockBox holds a hundred thousand chips and Bitfury peddles millions more a year to third parties for as little as $5 apiece. Vavilov estimates that the chips he manufactures in Taiwan account for about 15 percent of all Bitcoins generated, with a quarter of those coming from the company’s own hubs in Iceland, Norway, Canada and Georgia.

Bitcoin’s astonishing climb from $1,000 to almost $20,000 last year triggered a gold rush not only for gear but also for ways to use its secure database to record any kind of transaction publicly, chronologically and beyond the reach of both authorities and bad actors. Some analysts see annual sales of ASIC-based blockchain chips in China alone reaching 28 billion yuan ($4.4 billion) in 2020, from 50 million yuan in 2013.

And it’s not only Bitcoin, which makes up less than half of the total market value of major crytpocurrencies, including Ethereum and Ripple. Vavivlov is working on rolling out new hardware that can be used for each, following Bitfury’s much bigger competitor, Bitmain Technologies Ltd., the Chinese company that dominates the crypto-chip industry.

But it’s the potential of blockchain, a technology he considers as revolutionary as the internet itself, that Vavilov is most excited about, calling it a vast new frontier that’ll be worth “trillions, not billions” of dollars.

“Imagine—some $300 billion of crypto wealth has already made its way into the hands of totally different, non-establishment people,” he said. “Most of these people, like me, aren’t interested in private jets or yachts, they truly want to change the world. Given how much wealth is in their hands now, I expect to see a lot of good new things in the next few years—in finance, health care, education—everywhere.”

His company’s software includes Exonum, a product that “anchors” databases in Bitcoin’s blockchain; Crystal, which “de-anonymizes” suspicious transactions; and Lighting Network, a micropayment system that handles fractions of tokens. Bitfury also co-owns Hut 8, a mining venture based in Canada, and Emercoin, another kind of virtual money.

“Bitfury is the Intel of the cryptocurrency world,” iTech’s Davidyuk said. “Vavilov and his team are building an ecosystem around the Bitcoin protocol and achieving significant growth in both hardware and software.”

The startup, which has offices in the U.S., Europe and Asia, may be valued at as much as $2 billion in its next round of funding, probably in a few months, which would be a fourfold increase in less than three years, according to a person familiar with the matter.

Vavilov said he and Nebesny own more than half of the company, though he declined to reveal their exact stakes. He also declined to identify the city he calls home or how many Bitcoins he personally owns.

What is known is that Bitfury and its partners have mined more than 1 million tokens. That would be worth more than $6 billion at the current rate of about $6,500, though most of those were spent before Bitcoin first breached $100 in late 2013.

The blockchain fanatic is constantly on the move, either visiting staff or speaking at conferences like the one he held on the Caribbean island owned by British billionaire Richard Branson, a personal hero. He recently completed pro bono work for the former Soviet republic of Georgia, whose billionaire former premier, Bidzina Ivanishvili, was an early Bitfury backer.

As proof of concept, he transferred the country’s entire property registry to Bitfury’s Exonum platform. Georgia is just one of a growing list of countries experimenting with uses for blockchain, joining corporate initiatives in a broad range of industries, from banking and insurance to transportation and commodities.

Bitfury started the Global Blockchain Business Council at the World Economic Forum last year to educate governments, including by organizing seminars in the European Parliament. The group now has members in 35 countries and its board includes the Peruvian thinker former U.S. President Bill Clinton once described as the world’s most important living economist, Hernando de Soto, and a former adviser to Hillary Clinton, Tomicah Tillemann.

While Vavilov travels the world proselytizing the benefits of blockchain, he hasn’t lost sight of his core mission: mining Bitcoin, which he says will continue to be profitable as long as the price of a token holds above $3,000.

But the industry isn’t for the faint of heart.

With Bitcoin down about two-thirds from its December 2017 peak, traditional pricing models are essentially useless. That can be a good thing for blockchain believers who are also nervy investors, according to Sergey Solonin, a Russian fintech entrepreneur who’s backed startups including Telegram, the encrypted messaging app that raised a record $1.7 billion in an initial coin offering.

Solonin, who’s working with Vavilov on a mining project in Russia and is considering participating in Bitfury’s next funding round, sees Bitcoin’s recent plunge as a temporary move that will drive weaker and less efficient businesses out of the market, not unlike what happened in 2015.

“Bitfury is highly diversified and invests heavily in infrastructure, education and security,” he said. “It also has a strong team of programmers and quite a lot of interesting solutions involving Bitcoin’s blockchain.”