Lavrov names precondition for removal of flight ban on Georgia 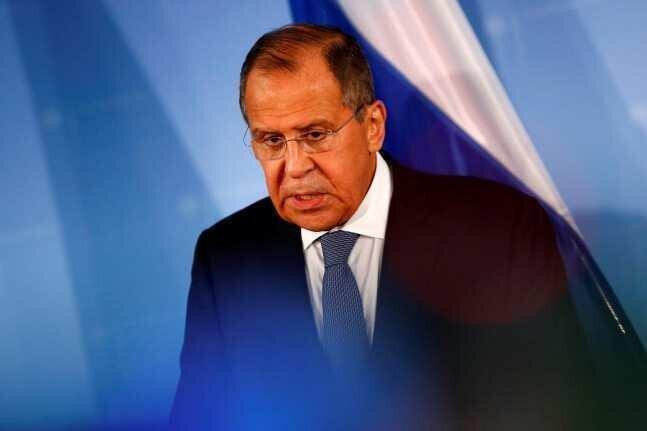 Russian Foreign Minister Sergey Lavrov says that the ban on direct flights to Georgia will be removed when “security threats” to Russians in Georgia are eliminated.

"We hope that the Georgian government will be able to stabilise the socio-political situation in the country and eliminate existing threats to the safety of Russians," he said.

"We want to be friends and cooperate for the benefit of the citizens of Russia and Georgia," Lavrov added.

He said that the relations of the Georgian government and the opposition is the internal issue of Georgia. However, when the issue involves Russia and “incites anti-Russian attitudes,” Kremlin is “forced” to take measures.

Lavrov said that the “radical opposition forces” in Georgia are “hardly thinking” about the damage they inflict to the homeland, “which is largely dependent on economic and humanitarian ties with Russia.”

He expressed hope that the Georgian leadership will shortly realise the damage the “anti-Russian hysteria” may cause and “find the strength” to condemn the action of the journalist who insulted Russian President Vladimir Putin on his live show.

Lavrov said that he is sure Georgian people do not take Russians as enemies.

"Unfortunately, today we see some Georgian politicians competing in anti-Russian rhetoric to achieve their narrow-minded, opportunistic goals,” he said. “I’m sure that in time everything will return to its proper place, good-neighborly relations will be restored."

Russia imposed the flight ban after Russian MPs were forced to leave Georgia on June 20.

Anti-occupation rallies in Tbilisi were sparked by an address of Russian MP Sergey Gavrilov from the seat of the Georgian parliamentary speaker during the 26th Interparliamentary Assembly on Orthodoxy.

Protesters said that the MP from the country which occupies 20 per cent of the Georgian territories must not have been allowed at the high tribune of the Georgian legislative body.

“State is obliged to take a good care of its servicemen in the first instance of course”, - Giorgi Gakharia

Why is delayed amending of Resolution 520? - The minister slams doctors

"In many clinics, salaries have been reduced by 20% -30%" - Alexander Aladashvili on the effect of Resolution 520