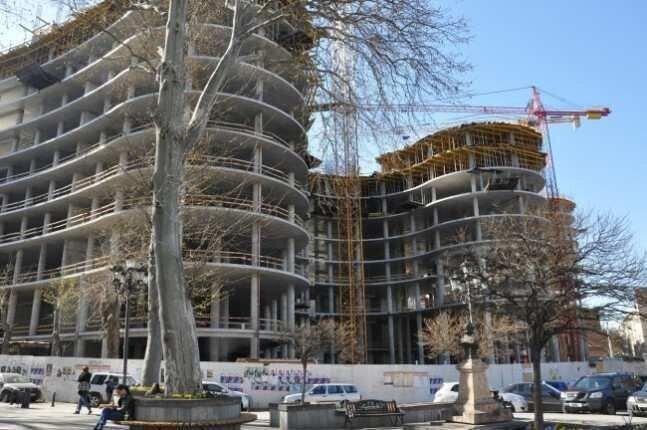 Three workers have fallen from the construction site of “Panorama Tbilisi” on April 16th. All three of them were transferred to the clinic shortly after the incident.
After a two and a half hour long inspection, Labour Inspection Department [working under the Ministry of Internally Displaced Persons, Labour, Health and Social Affairs of Georgia] made the decision to suspend the construction.

“There were numerous violations found and the works from height have been suspended” – this was the explanation BM.ge got from the Ministry.
The working process will not continue until the drawbacks are addressed.

Ministry has already made the announcement about the health condition of the three workers and stated that the damages are not life-threatening.
The Ministry of Internal Affairs of Georgia started the investigation according to the 240th article of the Criminal Code of Georgia, which involves breach of safety regulations during mining, construction or other works that results in less serious or serious bodily injury.

Government approved the state program for the monitoring of labour conditions on February 5th, 2015. According to the latest report of the Labour Inspection department, there 23 labour inspectors and 2 chief specialist currently working in the unit.

The data suggests that 47 individuals have died and 106 have been injured at the workplace in 2017.

Recent legislative changes allowed the Labour Inspection Department to inspect workplaces at any time during day or night without any notice or persmission.

Georgia will open its borders without any conditions to 5 countries

EBRD unveils proposal to be majority green bank by 2025

The virus will not kill us all, but the government's misguided policies are ruining our lives - Fady Asly