Koba Gvenetadze: Competition in Georgian Bank System is Quite High 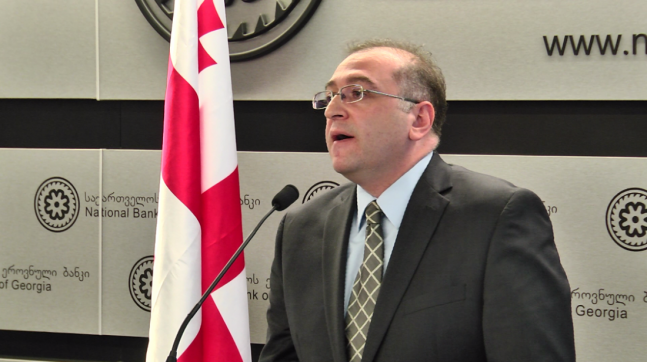 President of the National Bank of Georgia, Koba Gvenetadze gave the official interview to Giorgi Isakadze during “Forbes Week” program, in which he assessed Georgian bank system and new bank regulations.

NBG President stated that there is a very high competition in Georgian bank system, however, on the other hand he also noted that the concentration in bank sector is quite high.

“Georgian bank system developed in a way that the concentration is high. I can tell you that such high concentration is in Israel and Finland. Georgia is in this group too, however, there is are both negative and positive sides to it, because high concentration results in better result in efficiency, which is sometimes resulted in the reduction of percentage rates.

In regards to the question whether there is a competition in the bank sector, I believe that the competition is quite strong and usually the best indicator for this is the reduction of percentage rates, which will have the reduction tendency if we look at it in the long term perspective. Moreover, it is noteworthy that the difference between loans and deposit percentage rates has also decreased.”, stated Gvenetadze

NBG President once again commented on the new bank regulations and stated that this decision started to solve many issues.

“Responsible crediting system started to solve important issues. Loans should not be issued without the approval on revenues, because in many instances it will cause the insolvency from the side of the customers. We started about the excessive indebtedness for the first time.”, stated Gvenetadze and also added that the NBG is planning to closely observe and monitor the upcoming tendencies.

According to NBG President, a yearly increase of mortgage loans should amount to 30%.

When asked about the specific period for observation, Gvenetadze responded the following:

“January and February is a very short period to say the least. We will need to observe at least the first quarter of the year and more in order to decide whether there is any change needed. We will definitely make changes if this will be based on analysis, however, we believe that it is absolutely necessary to follow the principle of responsible crediting, which means that all the loans should be issued after checking the revenues of individuals.
This is being done by every responsible country which thinks not just about the present day, but also future", said Gvenetadze.