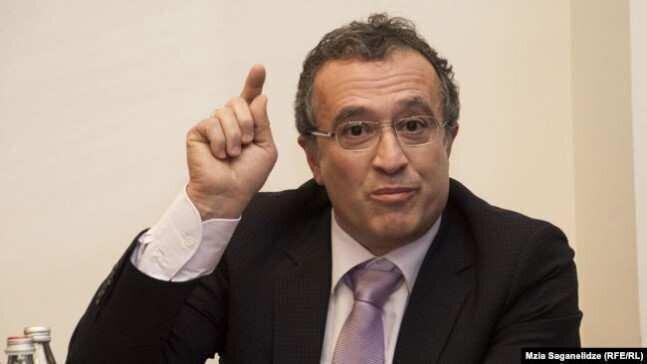 Kibar Khalvashi, who regained ownership of Rustavi 2 TV almost a month ago, announced on August 12 that he plans to sell the TV channel through “a transparent competition.”

In a statement released by Rustavi 2 TV, Khalvashi said that Nika Gvaramia, the TV channel’s former director general, “who used the television as a tool for his political struggle, actually robbed it.” So, “the TV company is on the verge of disaster,” he said.

Speaking about the TV company’s GEL 70 million debt to creditors, Khalvashi noted that a great part of this debt had been accumulated, when he launched a dispute over the TV company’s shares, adding that “it happened deliberately.”

“The TV company is on the verge of bankruptcy and it should be saved. Today, there are all factual and legal grounds to open insolvency proceedings,” Khalvashi said.

He noted that his finances are not enough to pull the TV channel out of “a deep crisis.” “Therefore, I would like to say openly and publicly that I am ready to talk to any interested person who will buy Rustavi 2, help it get out of the crisis and become a successful company,” Khalvashi said, adding that the only person he would not talk to is “Mikheil Saakashvili, the former informal owner and manager of Rustavi 2.”

Khalvashi said that he would sell the TV channel to the person who pays the highest amount. Considering that the TV channel is facing a severe financial crisis, the competition should be completed within a week, he explained.

“In order to avoid political or other manipulations, I will talk only to those persons who prove seriousness of their intent that may be a bank guarantee or deposition of at least USD 1 million on a special competition account,” Khalvashi said, expressing hope that Rustavi 2 TV will again become a successful company.

Meanwhile, Ia Kitsmarishvili, wife of late founder of Rustavi 2 TV, Erosi Kitsmarishvili, announced that she would file a lawsuit demanding a 30% share into the TV company. She called on Khalvashi and potential buyers to refrain from making concrete decisions pending the trial.

Two more founders of Rustavi 2 TV, Jarji Akimidze and Davit Dvali, also plan to continue their struggle for Rustavi 2 TV. They rejected Khalvashi’s proposal for 40% of shares, saying that they had no intention to participation in the process of Rustavi 2 TV’s transformation into a state-owned TV channel.