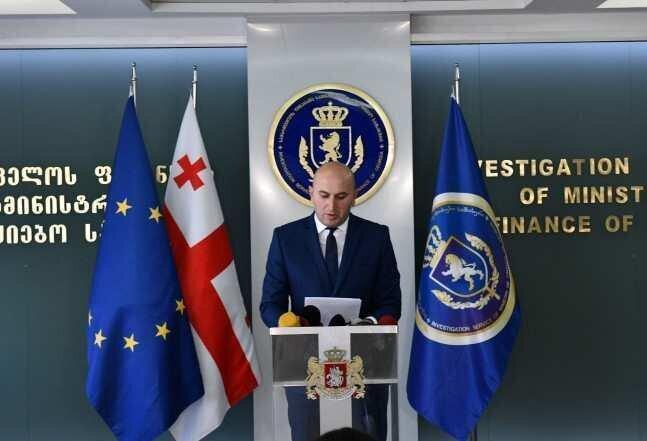 The heads of 53 different companies are being investigated for tax evasion and money laundering, the Investigation Service of the Ministry of Finance of Georgia reports.

Defendants allegedly attempted to retain 100 million GEL ($34.3m/€30.6m) in VAT and avoid transferring it to the state budget.

Mikheil Oniani, deputy head of Investigation Department of Investigation Service of the Ministry of Finance of Georgia had a special briefing about this case, his statement reads as follows:

"Investigation Service has started investigation on 9 criminal cases against 53 individuals and a large-scale criminal scheme has been exposed, which considered tax evasion in particularly large quantities by manufacturing and using counterfeited tax documents and legalization of illicit income. As a result of investigative activities, at this stage the Service managed to detect and prevent usage of the counterfeited assets estimated at GEL 100 000 000 and therefore prevented the cause of the equivalent damage to the state budget.

As a result of intensive investigation activities, during the past 3 months, within launched 9 criminal cases, prosecution was initiated against 53 persons including 38 of them detained on the bases of authentic evidences obtained as a result of hundreds of investigative activities, including witness interrogations, seizures, searches, undercover investigative actions and other measures. Most of the accused persons are directors and founders of the various companies, and some of them are actual managers of those companies.

Investigation determined that with intention to obtain especially large amount of illicit income and illicit material benefit, the accused persons registered companies throughout Georgia, in the various regions, on behalf of which they conducted the factious (non-commodity) transactions, during which they counterfeited VAT invoices. At the same time, by indicating false data in tax declarations they created counterfeited VAT assets.

The State has an effective control mechanism in the field of the VAT refund system. With the intention to avoid this mechanism, criminal scheme was developed according to which, companies used counterfeit assets to pay their taxes on goods imported to Georgia, mainly for customs clearance of oil products and current tax liabilities.

At this stage of the investigation, it has been determined that asset used during the abovementioned activities amounts tens of millions of GEL.

As a result of the investigations, to ensure the possible forfeiture of property, as a coercive measure of criminal procedure - movable and immovable property and bank accounts of the accused ones and their related persons were seized on the basis of the court ruling. More than 1 000 000 GEL of cash and large quantity of the precious metals were seized.

The case is under intensive investigation to expose the possible participants of this and other criminal schemes as well.

Hereby, we would like to inform you that, within the framework of the coordinated work of the law enforcement authorities, in parallel regime, Anti-Corruption Agency of the State Security Service of Georgia is carrying out investigation to identify possible involvement of public officials the abovementioned criminal scheme.

It should be taken into the consideration that a taxpayer does not need to have personal contact with the Revenue Service official while deduction of VAT assets during the customs clearance procedures as deduction occurs through the electronic system. The Anti-Corruption Agency will also examine whether concrete public officials were directly involved in this criminal scheme or their negligence made the following action possible.

In addition, information-technological and computer expertises have been appointed at LEPL Levan Samkharauli National Bureau of Forensics, the results of which will enable discussion concerning the responsibility of concrete civil servants.

The Investigation Service, underlines that every person who by illegal activity has caused significant damage to the state budget will be punished with full severity of the law."