Government Will Not Cover Commercial Risks of Anaklia Port - Tskitishvili 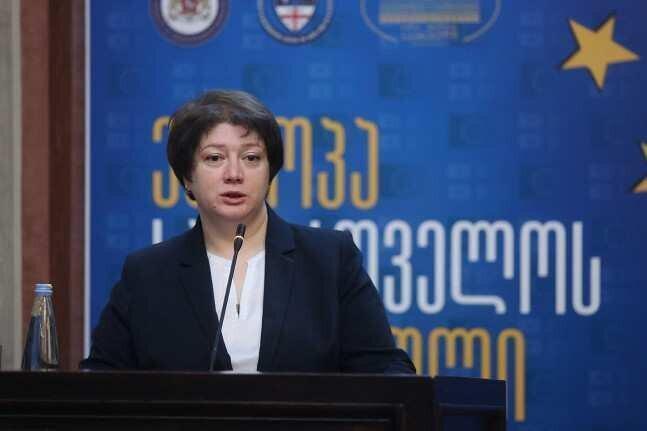 As Maia Tskitishvili said the talks between ADC, government and IFI-s will probably be prolonged.

"The meeting will continue throughout the day with Anaklia Consortium and IFI-s about the investment agreement between banks and the state.

Negotiations are necessary to enable banks to finance the Anaklia development consortium. As you know, some changes to the agreement have been proposed from the banks. We have an ongoing interaction about most important issues. We had a number of meetings for the past period of time. We have already expressed the readiness to agree on most points that have been raised by the banks. We are ready to have a some kind of agreement, compromise, and today we had a meeting and we had a conversation about it.

The main thing is that we agree that Anaklia Port project is strategically important for our country and it will have a very positive effect on economy. The banks are supporting Anaklia Development Consortium and they want this consortium to build the project. Today's common agreement is that we should get closer to shape our positions on the issues that we have almost agreed on.

The issues that still remain in negotiation and the main thing here is the investor's commercial risk insurance, that we have repeatedly said that the most difficult position from the state is that the state can not cover investor's commercial risks and that's the position we are talking about with banks. On what additional tools are available for consortium and banks to negotiate and come up with tools to ensure the commercial risks of the project without involvement of Georgian government. It is about what international banking instruments can be used and exist in order to help the investor to cover these risks.

As for the rest of the issues, we have an agreement on all other issues. Government has largely shared most of the demands from IFI-s. We will continue to have a working dialogue, several ministries, International Financial Institutions our lawyers, and of course the investor will be represented on this dialogue. They will try to get more detailed clarifications on these changes and on these issues.

Of course today this process can not end. I think that it is a normal working process and today we can not agree on formulas at one meeting. Still there are issues that still need more negotiations. But the readiness for getting an agreement is seen from all sides. For government the most important and most important issue is the guarantee of commercial risks.

As for the deadline of the project, June 15 is the deadline that was agreed between the parties. Of course the bank and the party need additional time. The deadline of June 15 is not principle for us, but of course, we will certainly go to this period for a certain period of time, so this negotiation will continue.

The third, fourth round of negotiations is expected in the nearest future. Of course the main thing is to reach agreement that the risks can not be covered by the state and the banks and the consortium should find other means in this way. They have to come up with a mechanism that the investor's commercial risk is better insured.

The banks and the consortium should find the solution. The State has done everything in its behalf to ensure that the majority from 8 point requests from IFI-s are negotiated. As for the investor's commercial risks, it certainly remains a negotiation between the banks and the investor. We are ready to get involved in this negotiations.

Projects like Anaklia are always accompanied by risks. Of course the main risk is that the investor will not be able to attract enough cargo to make the port project viable, and we cannot take this risk on ourselves, " said the Vice-Premier Maia Tskitishvili.