Government will extend the deadline for Anaklia Consortium 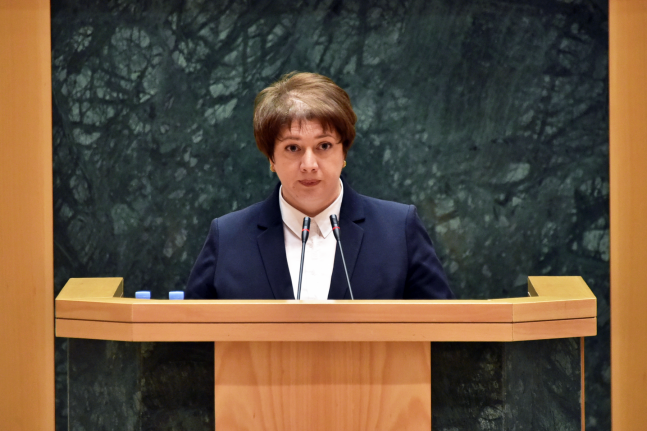 Government of Georgia made the decision to extend the deadline of accumulating all the funds by 6 months. Anaklia Development Consortium was supposed to fulfill this task by June 15th, 2019. According to the Vice PM, Maia Tskitishvili this is the 6th time such postponement occurs.

According to Tskitishvili, this decision is yet to be discussed with the government of Georgia as there are some internal procedures, which need to be carried out.
“During our previous meeting on May 21, we have told international financial institutions that the deadline which was set before [June 15] was not enough in order to sign the agreement.

Thus, we agreed during the same meeting that the banks and consortium would tell us the acceptable date when all the formalities could be over.

Furthermore, as you may know, international financial institutions have their own internal procedures. Thus, we received the information from consortium that the timeframe needed would be 6 months and as we agreed before during the previous meeting, we’ve accepted the date consortium suggested”, stated Tskitishvili.
According to Tskitishvili, Consortium is currently trying to accumulate 520 million, out of which 400 million constitutes to credit resources or loaned capital and the rest is “the capital of consortium, which should have been mobilized a long time ago”.

Vice PM also added that she hopes there will not be the need for further postponements. She also reminded everyone that the construction of the port should finish in November-December period of 2020. She also emphasized that the accumulation of funds is not the sphere in which government is responsible.

“We have asked international financial institutions and investors to us other potential instruments. The potential support of European Union is also considered in this regard.

Anaklia Development Consortium has already issued an official statement welcoming the decision of the Prime Minister of Georgia. The statement reads that ADC has already mobilized needed capital for the project, however the postponement of the deadline would be used to effectively finish the process of negotiations with the international banks.