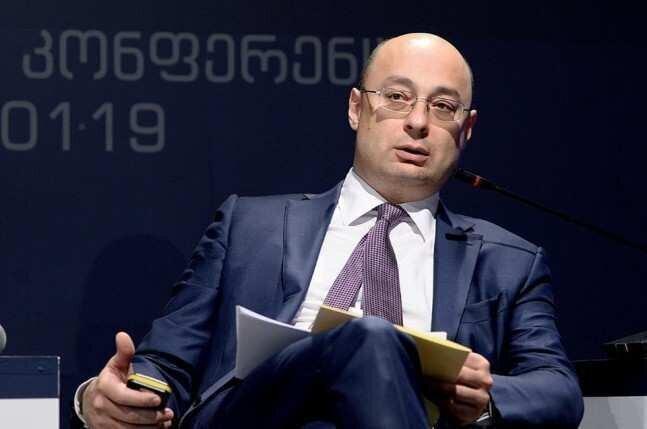 Minister of Economy and Sustainable Development of Georgia, Giorgi Kobulia gave the official interview to Giorgi Isakadze during the “Forbes Week” TV program. Kobulia assessed his work as the Minister so far and discussed bank regulations, as well as Anaklia deep-sea port project.

Minister of Economy stated that together with his team, he has identified the challenges in economy from the very first day he was appointed.

“I don’t think we should be feeling comfortable. If we feel comfortable, then things are going bad. I would say that we had serious achievement during last 6-7 months. We have identified the most important challenges in economy. We have conducted work in all directions and set specific goals about what needed to be done. I also had the speech in Parliament, which was the first time Minister presented one-year action plan”, stated Kobulia.

“Of course, there are still many challenges left. Today, our economic growth is 4-5%, however, we believe that the potential is even greater if we overcome these obstacles. One of such obstacles is the level of bureaucracy, which remains quite high. The decisions can’t be made as fast as they should be and if we don’t overcome this obstacle, than we can’t enlarge the potential of our economy.”, stated the Economy Minister.

Kobulia stated that the qualification of public servants is also one of the challenges nowadays. According to the Minister, it is indirectly connected with the low-paying salaries as well. Kobulia emphasized that the government needs highly qualified public servants in many directions, as they should be the ones making decisions regarding high amounts of money.

During the interview Kobulia neglected the possibility of potential changes in the cabinet of Ministers. Regarding his alleged resignation, the Minister answered the following:

“Ask Bidzina Ivanishvili. I don’t know and I can’t say. The consultations are not being made with me regarding this”, stated Kobulia.
In regards to new bank regulations Kobulia stated that we should have more results in order to make according judgements.
“We need more observation and only after that we can take corrective measures. I have stated on numerous occasions that the vector will stay the same but some nuances can be corrected, PTI rates for example. We might make rates softer for those with more income. We might as well lower the 40% obligatory deposit for foreigners”, stated Kobulia.

Speaking about Anaklia deep-sea project, Kobulia commented that Anakla Development Consortium should fulfill its obligations and fill the capital with 100 million USD.

“The meeting will be held. We are ready for it. The main topic of discussion will be the guarantee of the loads, as well as the guarantee of creditors. We will also discuss the fact that the consortium should fulfill its obligations. The main condition for the Consortium is to fill the capitall with 100 million USD and they will have to provide the proof that this conditions has been met”, stated Kobulia.

Kobulia also commented on the TBC Bank case and the issues around Anaklia port project. The Minister stated that it has negatively impacted the investment environment overall:

“We should try to avoid this as much as we can, but such cases occur everywhere”, stated Kobulia.

The cost of the agreement was 80 000 USD and it also involves the articles about the changes in the investment agreement between the state and consortium.

How Many Permissions Were Issued For Construction In 2022?

UNM Has A New Chair

Austria's Federal Chancellor To Pay An Official Visit To Georgia

How Many Permissions Were Issued For Construction In 2022?

UNM Has A New Chair

Austria's Federal Chancellor To Pay An Official Visit To Georgia