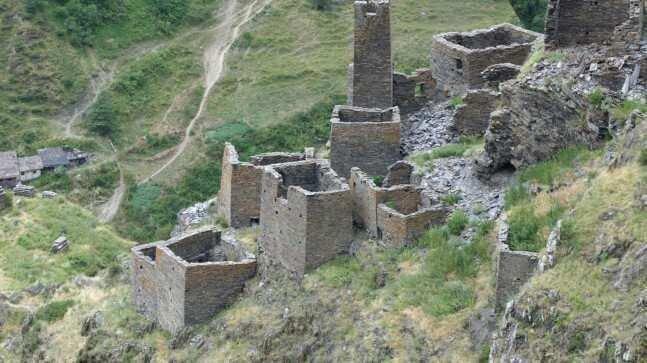 In May, Europe’s most prestigious award in cultural heritage – Europa Nostra Awards -announced this year’s winners. Among them were artists and projects from Armenia and Georgia.

The Georgian ‘Fortified Settlement of Mutso’ project is among the winners. It aimed to rehabilitate the settlement around the mountainous village of Mutso in Khevsureti province, which was on the brink of extinction.

The harsh climate, lack of arable land, poor infrastructure together with water shortages led to the depopulation of the village by the middle of the 20th century. Through deterioration and lack of maintenance, this unique village was set to be lost.

Thanks to the efforts of Georgia’s National Agency for Cultural Heritage Preservation under the Ministry of Education, Science, Culture and Sports, the project addresses the depopulation of this community – a challenge that is throughout Europe.

“The restoration of this heritage has created an awareness among the local community of their intangible heritage and the history of the people of the Caucasus, in turn encouraging their re-engagement with this heritage”, the award jury noted.

“The continuation of traditional craftsmanship has been prioritised, ensuring its future maintenance. The overcoming of many challenges to the rehabilitation, including the difficult terrain and lack of infrastructure, is commendable.”

The village of Mutso is a remarkable fortified settlement. For centuries, it was the strongest outpost in northern Georgia, controlling the roads and protecting the state border. The village – strikingly integrated in the surrounding landscape from the harmonious use of materials – was inhabited from the 10th century onwards.

The European Heritage Awards/Europa Nostra Awards is funded by the EU’s Creative Europe programme. This year, 25 laureates from 16 countries are recognised for their impressive accomplishments in conservation, research, dedicated service and education, training and raising awareness.