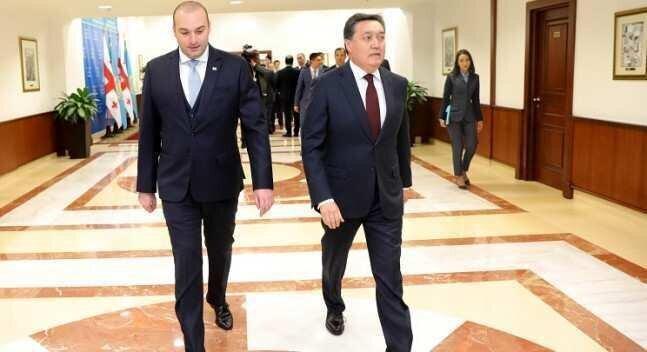 Georgian and Kazakh Prime Ministers met in Nursultan earlier today, and agreed to strengthen transport ties and increase the number of flights between the two countries to benefit tourism.

Both PMs stated that Georgia is able play a role of an important transport corridor.

"Georgian Prime Minister Mamuka Bakhtadze stated that it is goal of the Georgian government to transform the country into the transport-logistic hub, through building of ports among them,” the Prime Minister’s press office said.

Bakhtadze and Kazakh PM Askar Mamin agreed that flights between the two countries will become regular, with more cities included, which will encourage cooperation in the tourism field.

The Georgian delegation welcomed the interest of Kazakh investors to invest in the logistics field and recycling.

Joint memorandums have been signed in the social, labour and agriculture fields, where cooperation will be strengthened further.