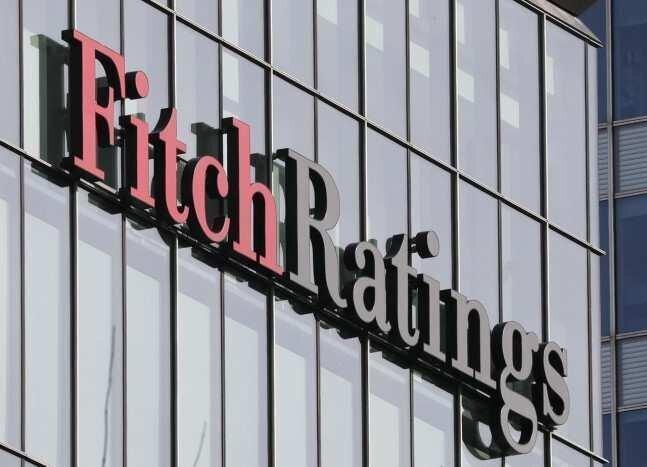 KEY RATING DRIVERS
Georgia's ratings are supported by governance and business environment indicators that are above the current medians of 'BB' category peers, and a track record of macroeconomic resilience against regional shocks. Confidence in the authorities' economic strategy is also anchored by an IMF Extended Fund Facility (EFF) programme. Georgia's external finances are significantly weaker than the majority of 'BB' category peers.

Georgia is facing a new external shock after withstanding a testing external environment in 2018. Russia suspended flights to and from Georgia from 8 July, invoking security issues after an address by a Russian MP in the Georgian parliament reignited long-standing bilateral tensions, leading to large demonstrations in Tbilisi. Russia is the largest source of tourist arrivals in Georgia, although the bulk of these travel by road. The authorities are assessing the impact from the ban and their policy response. Fitch assumes the IMF will allow some adjustment of the EFF to accommodate the tourism shock.

Dynamic tourism exports and lower import growth following the completion of large energy projects led to a narrowing of the current account deficit to 7.7% of GDP in 2018, from 8.8% in 2017. Fitch forecasts the current account deficit will narrow further to an average of 5.3% over 2019-2021 versus 3% for the current 'BB' median, as a slowdown in consumer lending and rising domestic savings following the launching of the funded pension pillar ease pressure on imports. The flight ban will partly reverse the recent rapid improvement in tourism revenues, with international visitors' growth slowing to 4.3% yoy in July, from 19.9% in June, but Fitch expects continued growth over the forecast period.

Net inflows of foreign direct investment (FDI) are forecast to cover the current account deficit each year. Net FDI is projected to average 5.9% of GDP over 2019-2021, after declining to 5.5% in 2018 from 10.8% in 2017 due to the completion of major infrastructure and energy projects. Official reserves rose to USD3.3 billion at end-2018 (3.1 months of current account payments, versus 4.3 months for the 'BB' median) as FX reserve requirements increased and the National Bank of Georgia (NBG) pursued its reserve accumulation policy while remaining committed to a floating exchange rate. Reserves rose further over 1H19 and we expect they will reach USD3.7 billion at end-2019 (3.3 months of current account payments), although accumulation may be hampered by subdued tourism earnings and possible further FX intervention by the NBG to curb exchange rate volatility.

External vulnerabilities remain a key rating weakness but are gradually easing. The gross external financing requirement accounts for 87.4% of international reserves and is set to rise in 2021 when the USD500 million Eurobond matures. The liquidity ratio is weaker than peers at 102% (172.5% for the 'BB' median) and gross external debt (GXD) is twice the current 'BB' median at 109.5% of GDP in 2018. We forecast GXD to decline below 100% of GDP by 2021 due to sustained FDI inflows and a narrowing current account deficit; intra-company loans, which carry limited refinancing risks, accounted for an estimated 19% of GXD at end-2018.

Fitch forecasts economic growth to decelerate to 4.3% in 2019, from 4.7% in 2018, as credit growth slows down and the Russian flight ban hinders expansion of the tourism sector. Nonetheless, it will remain above the forecast current 'BB' median of 3.3%. Acceleration of infrastructure spending and slightly looser fiscal policy will support a pick-up in growth to an average 4.7% in 2020-2021.

Inflation abated to 2.6% in 2018 but price pressures stemming from higher excise tax on tobacco and lari depreciation following the Russian flight ban will lead to an uptick in CPI in 2019 to a forecast 3.8%, above the NBG's inflation target of 3%, and compared with a current 'BB' median of 3.5%. We expect inflation to return towards target in 2020 and 2021 as these effects dissipate. The NBG could tighten monetary policy should inflationary pressures resulting from a weaker currency materialise. However monetary policy easing is likely to resume in the medium term, as credit growth moderates, following the adoption of tighter macro-prudential regulation on consumer lending, and the economy grows below potential.

An augmented fiscal deficit of 2.5% of GDP was recorded in 2018, in line with the IMF programme target, as revenue over-performance offset higher than planned budget lending and capex. We expect increased education expenditure, in line with the new legislation introducing a floor on education spending, and higher capital spending in response to the current external shock will widen the augmented fiscal deficit to 2.7% of GDP in 2019, compared with a current 'BB' median of 2.9%.

A weaker lari will lead to an increase in gross general government debt (GGGD)/GDP to 45.7% of GDP in 2019 ('BB' median; 44.6%). Fitch expects the Government Debt Management Strategy and IMF quantitative targets will provide a policy anchor to place GGGD/GDP on a downward trajectory in the medium term, further supported by a moderate recovery of the domestic currency. Fiscal risks arise from the large share of FX-denominated debt (77.9% of total debt), although the government intends to increase domestic issuance to deepen the local capital market, which could decrease exposure to exchange rate volatility. As a high share of public external debt is multilateral (73.7%) the interest burden of 4.4% of government revenues is lower than peers ('BB' median; 7.6%).

Governance and business environment indicators are well above the current medians of 'BB' category peers, with Georgia ranking 6th out of 190 in the 2019 World Bank Ease of Doing Business Indicator. Nonetheless, political risk associated with unresolved conflicts involving Russia in Abkhazia and South Ossetia remains material and the evolution of relations with Russia can impact domestic politics as well as the economy.

The outcome of the 2020 parliamentary elections is uncertain given declining public support for the governing Georgian Dream coalition, according to independent observers' view, a fragmented opposition and the introduction of a proportional representation system with a zero threshold. However, Fitch does not expect a shift in policy direction, with the IMF programme (likely to be renewed in 2020), NATO accession talks, and maintenance of a close relationship with the EU providing solid anchors.

Georgia's banking sector is sound as reflected by Fitch's BSI score of 'bb'. Capitalisation is high at 18.2% in 2Q19 and non-performing loans account for 2.9% of total loans, according to IMF methodology. Fitch's MPI score of 2* reflects a period of rapid credit growth, although new macro-prudential measures including limits on payment-to-income and loan-to-value ratios slowed private sector credit growth to 15% in 1Q19, from 17.1% at end-2018, while mortgage loans grew at a solid 26%. Dollarisation remains elevated at 62.1% of total deposits and 55.8% of loans at end-2018, although measures capping new FX-lending are supporting the long-term steady decline.