10 Amazing Things to do in Georgia 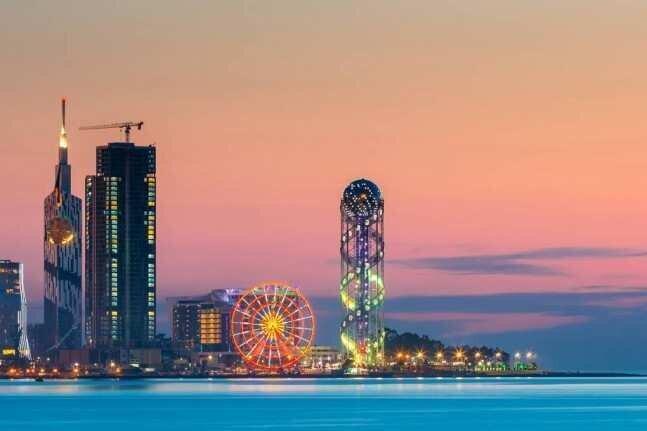 Set between the Caucasus Mountains, the Black Sea and the Caspian, Georgia is at the crossroads of Europe and Asia, and is one of the world’s most dynamic cultural hubs. It was once part of the Great Silk Road, but contemporary Georgia has an energy all of its own.

1. WALK THE STREETS OF TBILISI’S OLD TOWN
Or, more accurately, old towns. Each of Tbilisi’s historic districts has a distinctive charm – and it’s possible to spend a full day (or more) wandering the labyrinthine back streets of the city’s oldest quarters. With its painted pastel houses and intricately carved wooden balconies, newly restored Kala is the 19-century old town, set around Meidan Square and the sulphur bath houses built on naturally occurring hot springs. It meanders into the Art Nouveau district of Sololaki, now home to some of Tbilisi’s best and most bohemian restaurants, such as Khasheria, near the bath houses, and hidden, speakeasy-style cafés including Le Toit and Linville, both located off Leselidze Street. Next explore the stately neoclassical mansions of Mtatsminda, the hillside neighbourhood adjoining central Rustaveli Avenue. There’s no such thing as a wrong turn. 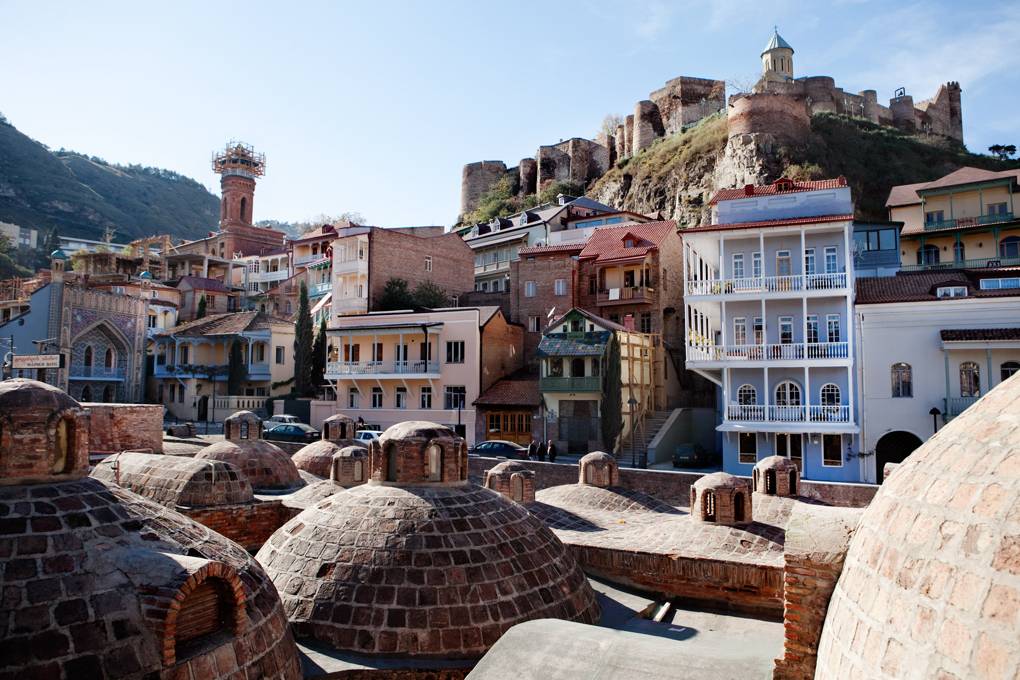 2. FEAST AT A TRADITIONAL GEORGIAN SUPRA
Georgians are so fond of their national cuisine that they have an untranslatable world – shemomedjama – to refer to the feeling of eating long past the point of fullness. While snack-food treats such as khachapuri (cheese bread) and khinkali dumplings can be found at nearly every restaurant in Tbilisi, the city’s best places to eat offer a range of Georgian dishes: preferably eaten family-style at a supra, or traditional boozy feast. Head to Keto and Kote, in a converted 19th-century palace in the leafy district of Vera, for some of the best lobio (red-bean stew) and pkhali (vegetable-walnut purees) in town, with sweeping views of the city and the mountains beyond. A formal ritual with rules, a supra is led by the tamada, usually a special guest or close friend of the host whose role is to lead toasts. Because, along with a wide assortment of dishes, there is a lot of traditional wine. Feasts can last several hours and inevitably end up in folk songs and dances. 3. EXPLORE NEW TBILISI
While the elegant streets of the old town are best viewed by daylight, cross the river after dark to find the city’s beating cultural heart. Equal parts hostel, hotel, co-working space, food court and bar complex, Fabrika – set in the converted Soviet-era clothes factory from which it takes its name – is the best place in the city to grab a local beer or glass of wine and watch the town’s fashionable literati come and go. 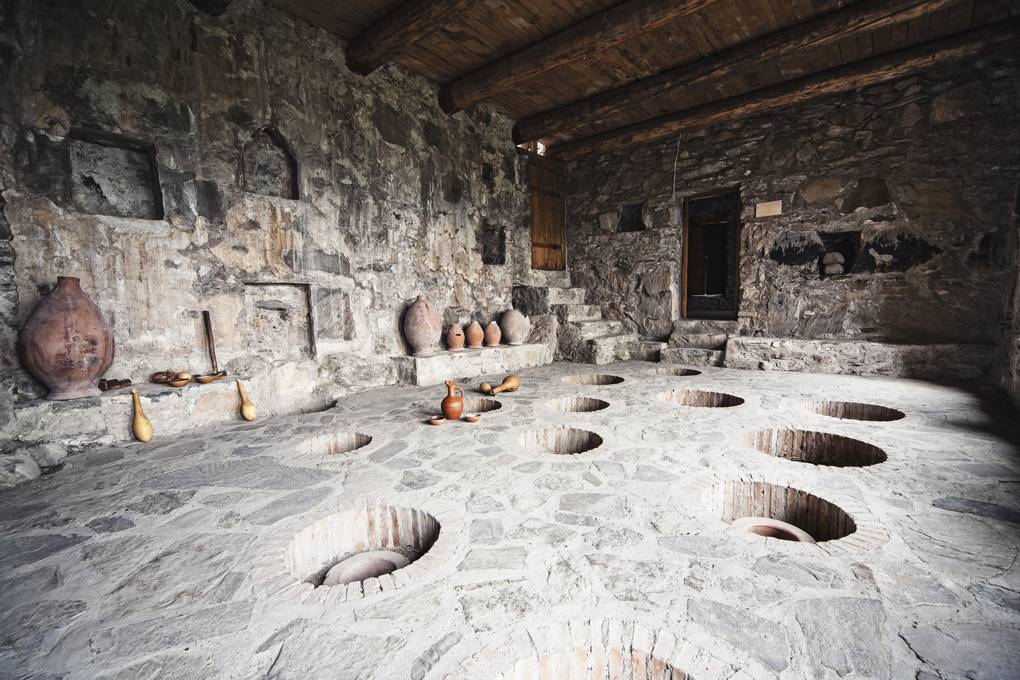 4. DRINK AT THE BIRTHPLACE OF WINE
With more than 8,000 years of winemaking tradition, Georgia is the oldest wine region in the world. The country’s winemaking technique has been added to the UNESCO Intangible Cultural Heritage list and it is still the same as it was thousands of years ago, using more than 500 endemic grape varieties, including endangered vines found nowhere else in the world. Grapes are crushed together with the skins on and then vinified in clay vessels called qvevri, which are buried under the ground until the wine is sufficiently aged. Traditional Georgian vintners eschew barrels in favour of these enormous earthenware jars. Head to the winemaking region of Kakheti, about two hours outside Tbilisi, to taste some of it. There are a number of winery-hotels in towns such as Telavi and Sighnaghi, where you can try local wines (and plenty of homestyle Georgian food) and observe the qvevri process in action. 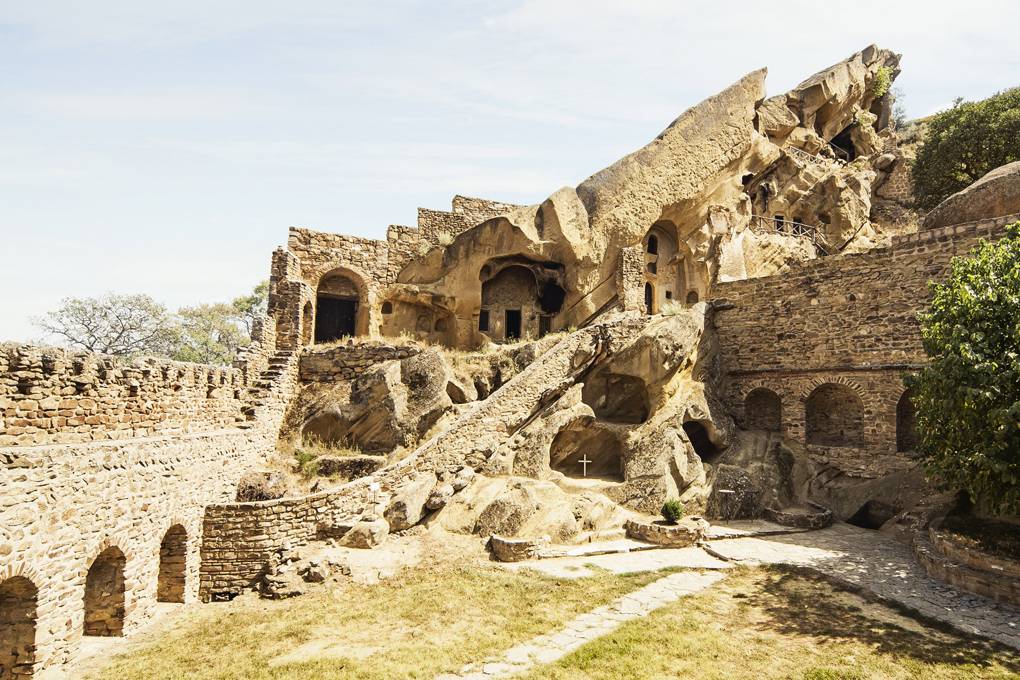 5. HIKE TO A MEDIEVAL MONASTERY
Some of Georgia’s most stunning frescoes require a hike – but they’re well worth it. Completed between the 6th and 9th centuries AD, the monastery of David Gareji is carved into the mountainside on the eastern fringes of Georgia, near the border with Azerbaijan. An hour-long walk will bring you to some of the best-preserved medieval frescoes in the country, as well as striking desert views (and maybe a glimpse of an eagle or two).

6. WATCH A GEORGIAN DANCE PERFORMANCE
Equal parts ballet, acrobatics and martial arts, traditional Georgian dance – which often tells the story of feuding warriors – is at once moving and exhilarating, its movements both beautiful and extraordinarily athletic. While numerous theatres in Tbilisi offer dance performances, some of the best examples of this art form can be found nightly over dinner at Dzveli Sakhli (Old House) Restaurant, near the Dry Bridge market. Tuck into a few khinkali and a bottle of Saperavi and let musicians on the pandauri play the night away.

7. CLIMB AT LEAST ONE MOUNTAIN
Visitors shouldn’t leave Georgia without exploring at least one of its mountain regions. Well-developed Kazbegi, just two and a half hours from Tbilisi, is a great choice for a day or weekend trip. And the chalet-inspired Rooms Hotel Kazbegi is easily the most luxurious option outside the capital. Attend a service at the Gergeti Trinity church in Kazbegi to hear some quintessential Georgian polyphony as it was meant to be sung: in one of the country's Orthodox churches.

Those with time on their hands should consider hiring a car and driver to take them to the more remote regions of Khevsureti, Racha, Svaneti or Tusheti. Virtually cut off from the rest of the country (especially Khevsureti and Svaneti), these areas offer near-total solitude on mountain and forest trails, as well as the possibility of homestays with local shepherds. 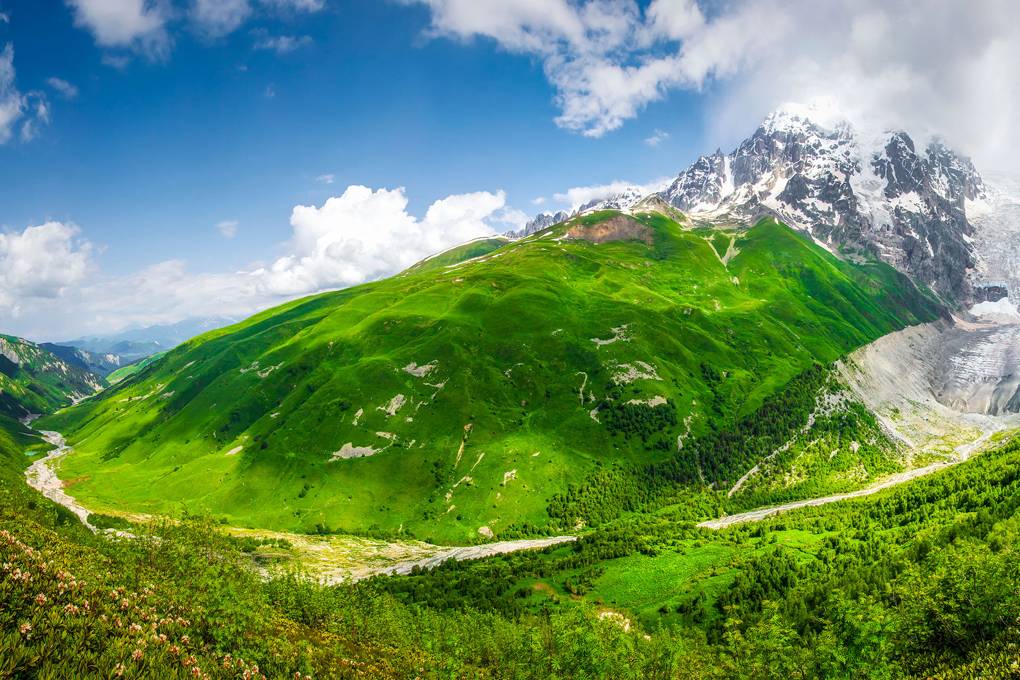 8. GO CLUBBING IN TBILISI
Tbilisi has increasingly been called the New Berlin. With a flourishing techno and nightclub scene, and guest DJs from all over the world, Tbilisi after dark has become a hub for artists, fashion designers, writers and bohemians – locals, expats and tourists alike. Bassiani is among the most popular clubs in the city. Located in the basement of the Dinamo sports arena, which includes part of a disused Soviet-era swimming pool, and known for its eclectic crowd and dynamic energy, it is the place to dance until dawn in Tbilisi. 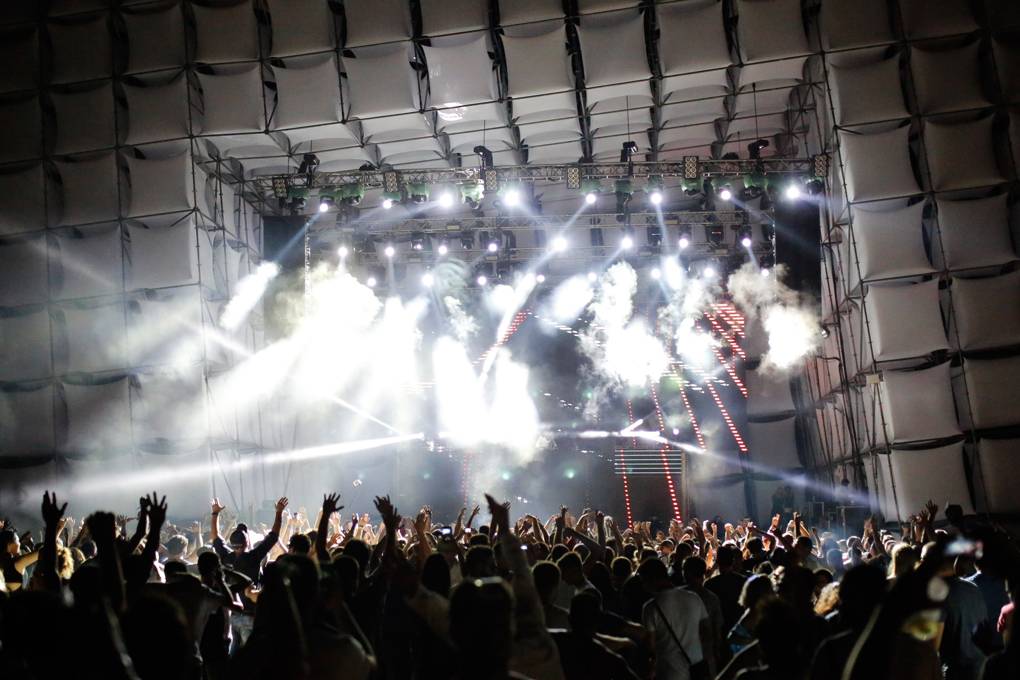 9. HAVE FUN ON THE BLACK SEA
About a four-hour train ride from Tbilisi, the Black Sea city of Batumi is easily Georgia’s second capital. During the summer months, this sleepy Art Nouveau port transforms into a vibrant party town. Head to hip restaurant Fanfan before dancing the night away at one of the nightclubs along the coast. For music fans, the Black Sea Arena, north of Batumi, is a slickly designed concert hall which hosts international and home-grown acts. During the day, head a few miles south to the town of Gonio, where a peaceful beach abuts a Roman-era fortress.

10. VISIT THE BEST FLEA MARKET IN THE CAUCASUS
Whether you’re looking to find Soviet memorabilia or Russian porcelain, Dagestani necklaces or carpets from Karabakh, the Dry Bridge market is one of the best in the Caucasus – if not all of Eastern Europe. Come early in the morning on weekends to spot would-be Tbilisi fashionistas haggling for costume jewellery, or people-watch in the afternoon after you’ve picked up your own bargains.