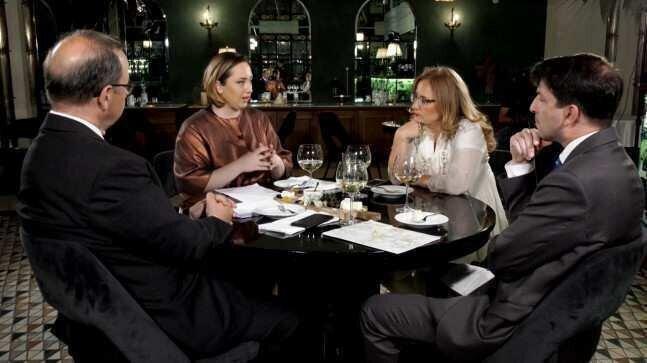 Ambassadors of Austria, Italy and Turkey were present in a sit down interview of our TV format “Business Lunch”. Diplomats touched upon the issues of economic relations among the countries, perspectives of deepening relations and about Georgia’s potential, including challenges and opportunities. Among the rest, Ambassadors talked about investment opportunities as well that Georgia hasn’t yet tapped.

Ambassador of Italy Antonio Bartolli says, it is easy to start business in Georgia; but it is hard to move it forward.

Ambassador of Austria Arad Benko, speaking about challenges facing Georgia and emphasizing factors that make it harder to do business in Georgia - says, the problem of fast decisions is a permanent issue.

Rare and direct responses from the Ambassadors resonated differently among the public as usual and using BMG Media Lunch as their main source of information, many media outlets and press agencies produced their own content, involving online media as well.

On June 3 Ambassador of Austria to Georgia released a special statement on His Facebook page, stating that in the context of political environment, some of his positions might be interpreted wrongly since His statements are out of context of the whole interview.

BMG (Business Media Georgia) is a responsible media holding. It decided to release the full raw interview with Ambassador of Austria to Georgia Arad Benko in English together with the statement that the Ambassador had issued earlier.

BMG (Business Media Georgia) expresses its respect and gratitude to all the Embassies and International Organizations serving in Georgia for strengthening our country’s democratic development, and thanks them once more for active involvement in our already traditional TV format “BMG Lunch” - while always expressing interesting and open comments, which are of and in the interests of the society.

BMG is ready to provide this or any other format, including live interview on air for the Ambassador of Austria to comment on His statement released on June 3. BMG will also proceed with further questions to the Embassy of Austria regarding the latest statement in the near future.